Before attempting to see DST & Sinaloa this evening with Christa & Jim and failing miserably, driving around the park for about an hour before giving up, Karen, Tammy, & I crashed a speaker event for our campus's anti-choice group. After the speech, there was a Q&A/discussion and adoption was brought up as an alternative to abortion. I brought up adoption by same-sex couples, and this old guy muttered something under his breath about gay people having "general neuroses." I was kind of in a state of shock, obvious just outraged/terrified that someone would still think this (it sounds exactly like the reading I was doing today talking about military views of homosexuality during WWII) today and also kind of just thinking it was hilarious. In the spirit of those goddamn neurotics... 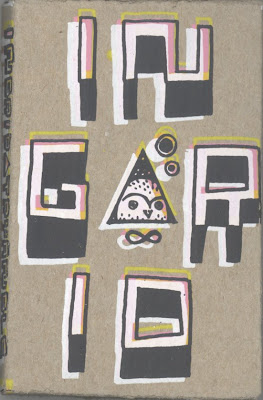 If Mass Movement of the Moth became a two-piece, lost the synth, and exploded with a queer bomb, Ingrid would be the result. 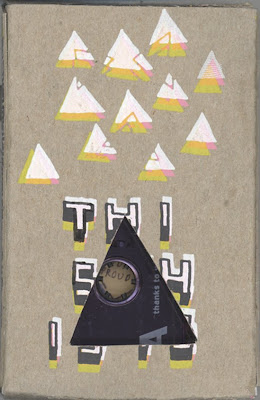 The DC-based band is Ashley Arnwine (Des Ark, Mass Movement) on drums & Joey Doubek (Mass Movement Of The Moth, Danke, Bear And The Butterfly) on guitar, switching the roles they filled in their prior collaboration. 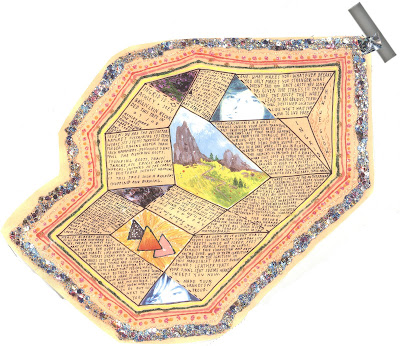 They're giving away the mp3s on their website, so I figured I'd zip it up all nice and send it out. Get the tape though for the best artwork I think I've seen all year. The covers were made out of old record sleeves and individually silkscreened. You can't tell from the scans, but the insides are screened a little bit too. Oh yeah, and the music is cool. It really does sound almost the same as Mass Movement.

Ingrid- Tryangle
Get it from Cosmic Debris

I just dropped my computer off with computer services because it won't turn on. Luckily for me and for puzzle pieces, all my music is on an external hard drive. I'm trying to keep up on all this shit, but things might be a bit shoddy for the next couple days.

And my whole plan to dress up as Sheri Lewis & Mr. Rogers with Charlie has failed, so if you've got any recommendations, give a shout.
Posted by Catherine at 1:32 AM