So not too long ago I went to see MEN at the Brooklyn Museum. I am down with MEN's agenda of making queer electropop anthems, of promoting politics through accessible dance music. That was what I needed in Le Tigre in high school, and without this kind of music, this blog wouldn't be here. That said, sometimes you need more confrontation. 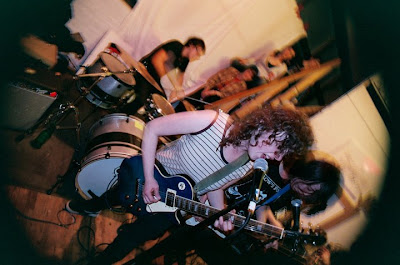 FDB provide a different kind of queer anthem. Think Blatz as a metal band, smacking you upside the face with queerness rather than starting a dance party. Although they're also that. I gave Fucking Dyke Bitches a brief shout-out after they played a show at Manifesta along with Aye Nako, Sandy and the Rats, and Invincible Prismz. It was insanely crowded but still an awesome rowdy time, one of the best shows I've been to this year. FDB did a cover of "Fuk Shit Up" too. Despite the amped up riffs, the Hand Jobs snottiness is definitely still present. Perfect combination of squeak and anger. FUCK YEAH!

Sadly I think this band are no more, at least in their current incarnation. So enjoy this demo.

Wrapping up the supposedly month-long series of international lady-fronted hardcore is Burning Kitchen's 10", Damn You If You Do... Damn You If You Don't. Clearly I'm great at sticking to self-imposed schedules. 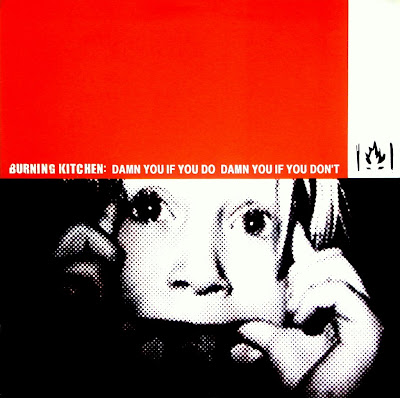 Burning Kitchen were a Swedish hardcore band from the mid-1990s through 2000. Think angular Euro hardcore mixed with some of your favorite early US or anarcho lady-fronted punk bands. Topics include punk, immigration, and sexism. Aside from this 10", now out of print, the band put out a three-part 7" series and supposedly now have a discography available.

P.S. A ton of distro updates here (shameless, I know).
Posted by Catherine at 7:28 PM 2 comments: