I gave this band a little bit of a shout out, and now it's time for a more proper one. Neonates are a new-ish band from the LA area. They pretty much got started when Mary wrote lyrics/recorded a few songs based on some interviews for a global sexualities class. This post is long overdue, and since I finally mailed a mix to Mary yesterday that I had been meaning to send out for a few months, I figure this should make an appearance as well. 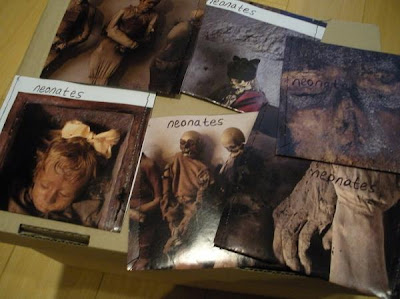 Neonates play mid-paced post-punk with plenty of no-wavey/new-wavey yelping, as if it were Max’s Kansas City in 1979, fitting in the league of girl-fronted arty punk bands coming from the West Coast these days-- think a more no-wavey Brilliant Colors, for example. The band’s variation comes from a combo of dual guitars at times and guitar-bass at others along with Mary’s perpetually changing vocal pace. Occasional backed vocals and frequently hi-hat-happy songs = toe-tapping all the time. Perhaps Mary's killer podcasts might also hint at what her band sounds like.

They put out a split CS with Pussy Patrol from France on ClanDestine Records (UK). You can get it here. You should join me in talking them into venturing out to the East Coast for a tour (hint, hint).

Neonates- Demo
Posted by Catherine at 2:37 PM No comments:

A bit of news to start off this post... My friend Lee who is in Titfit and The Facts We Hate is organizing a mini Brooklyn girl punk fest on Thursday, October 21. Hopefully you can make it! 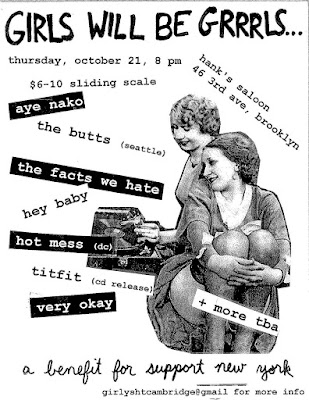 Picking up where my Bad Banana post left off, I have been crazy about Sourpatch for some time now. They played at Platonic Sleepover House a couple falls ago, but I couldn't go to the show and have been kicking myself ever since! 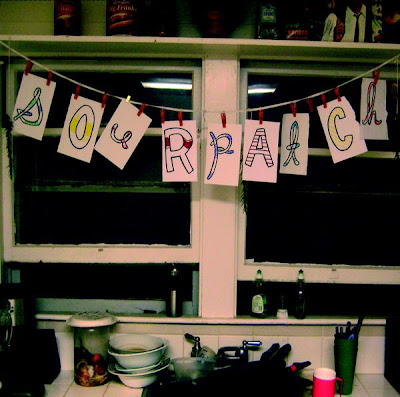 I have been in love ever since the Sourpatch demo- a dose of delightfully fuzzy pop. Their LP, which came out late last year on Happy Happy Birthday to Me Records, took it in a slightly more art-punky direction while retaining the poppiness that hooked me to begin with, not dissimilar from some of their neighbors (Brilliant Colors for example)... perhaps most akin to a more art-punk Tiger Trap. I've always found in interesting that this band shares a drummer with the grindcore band In Disgust; I think the drums sound pretty rad on this record, coming in nicely at the end of "Never (Ever Ever) Enough" for example. I think recordings of little kids speaking kind of creep me out, so I always skip the first track, but I think "Fun" is my absolute favorite. Topics generally go along with standard indie pop themes of crushes (shocking given the title of the album) and so forth, but the lyrics never sound totally cliche or forced. "Toothache" has some pretty good dueling boy-girl vocals, which I'm always partial to. I would say this is my favorite pop full length of 2010, but I think it actually came out last year.

This one will only be up for a month, as per request from the band.

Get it from HHBTM
Posted by Catherine at 7:00 PM No comments: