Now that I'm home doing nothing for nearly three weeks, I'd figured catching up on things I've been meaning to post since the summer... well either do this or read a book about Reagan-- tough call.

Most of my listening to Vancouver-based White Lung's second 7", Magazines, came at the end of my summer, when I was basically listening to half Dangerhouse/Dangerhouse rip-off stuff (the other half being Lookout! things). After their first release on the smaller Hockey Dad Records, they moved over to Deranged for this one. 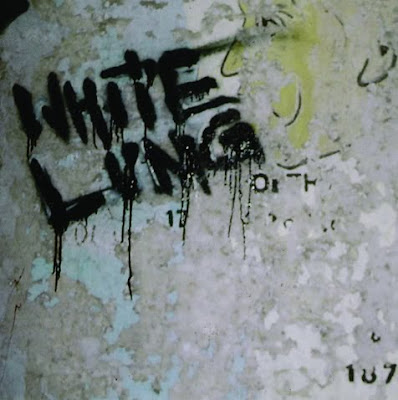 I don't know if they have a publicist or it's just 'cause they have the novelty of being four (good-looking) girls in a punk band or 'cause they're awesome, but when I was looking some stuff up, I noticed that White Lung have gotten a lot of press from some unlikely sources (various locals, Vice). This doesn't do much good because they give you token comparisons like the Ramones, but it did pay off when I read that guitarist Natasha described them an "an eight-legged ball of fury."

The A-side is the real hit here; for starters, punk songs about ketamine? Still, with each song on here, Mish's vocals provide a bite. Put that over Dangerhouse style and occasional haunting post-punk moments (as on "Backhouse"), and I'm sold.

As for what's up next, I've read that they've recorded (or are recording a new 7"), and when I emailed the band about posting this a few months back, they said they'd tour the East Coast once they're LP is out-- fingers crossed on all accounts. They've got a West Coast tour slated for February for all y'all on this coast.

White Lung- Magazines 7"
Get it from Deranged
Posted by Catherine at 10:58 AM No comments: