Today has been throwback day... kicked it off with In the Aeroplane over the Sea, did a double dose of Pinkerton, then moved on to a John K. Samson session, Weakerthans followed by Propagandhi. Middle/high school jam session are totally necessary sometimes. 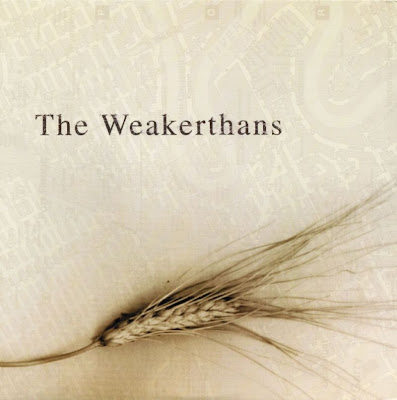 I feel like this might get taken down reasonably quickly since it's a bigger band, but whatever. I don't think Fallow was one of the Weakerthans' most popular albums or anything, but it was the only one I had at the time (because it was the only one my older sister had, and I burned it from her). My most distinct memory of this band is discussing them on the bus to some softball tournament in ninth grade. My friend like Guster, I liked pop punk, this is where we found an overlap. Wow, that sentence is kind of embarrassing. She was a sophomore; at least I was only fourteen.

The Weakerthans- Fallow
Posted by Catherine at 5:36 PM